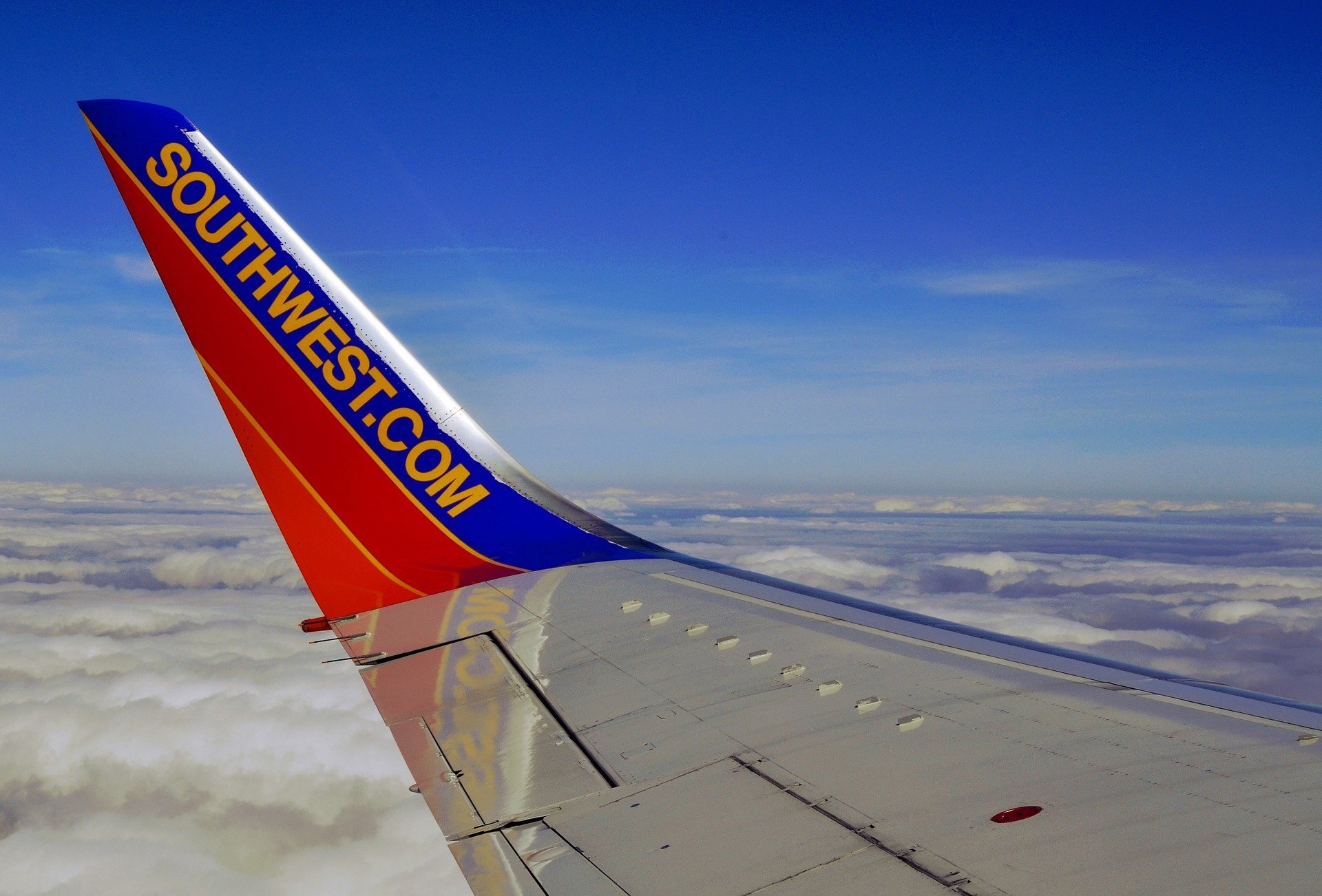 “According to the president’s executive order, federal action supersedes any state mandate or law, and we would be expected to comply with the president’s order to remain compliant as a federal contractor,” Dallas-based airliner said in an emailed statement to Bloomberg.

“In another instance of federal overreach, the Biden Administration is now bullying many private entities into imposing COVID-19 vaccine mandates, causing workforce disruptions that threaten Texas’ continued recovery from the COVID-19 disaster,” Abbott said in an executive order.

This photo was just sent to me of a grounded Southwest plane flying a Gadsden flag out of the cockpit. The Hero Pilots at Southwest and other Airlines deserve our support. True patriots worthy of the American Freedom Fighter tradition.
Don’t Tread On Me.
God Bless Them

Nearly 2,000 Southwest flights were canceled over the weekend and the cancelations continued into Monday and Tuesday.

Southwest claimed the flights were canceled due to bad weather in Florida and air traffic control issues although their competitors in the region have reported far less cancelations.

Southwest Airlines CEO Gary Kelly on Tuesday insisted the cancelations have nothing to do with workers boycotting the vaccine mandate.

“When you get behind, it just takes several days to catch up.” pic.twitter.com/u0hxi1Rjwc

The Southwest Airlines Pilots Association is fighting the tyranny in court.

“The new vaccine mandate unlawfully imposes new conditions of employment and the new policy threatens termination of any pilot not fully vaccinated by December 8, 2021,” the legal filing said. “Southwest Airlines’ additional new and unilateral modification of the parties’ collective bargaining agreement is in clear violation of the RLA.”

The post Southwest Airlines to Comply with Biden Vaccine ‘Mandate’ Over Texas Ban as Flight Cancelations Continue appeared first on The Gateway Pundit.